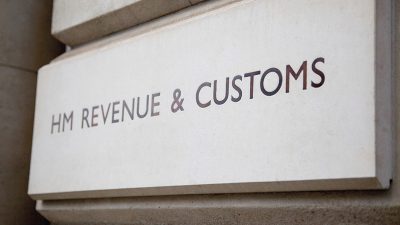 Tax avoidance schemes have been named for the first time by HM Revenue and Customs (HMRC) as users are warned they could face large tax bills.

HMRC has today advised anyone involved in Absolute Outsourcing’s or Purple Pay Limited’s Equity Participation Scheme to withdraw from them as soon as possible to prevent building up a large tax bill.
This is the first time HMRC has used new powers to name tax avoidance schemes and their promoters as part of a campaign to warn the public not to get caught up in tax avoidance.

Mary Aiston, Director of Counter Avoidance, HMRC, said: “These schemes are cynically marketed as clever ways to pay less tax. The truth is they rarely work in the way the promoters claim and it’s the users that end up with big tax bills.
“New legal powers allow us to name promoters and the schemes they peddle much faster, and this announcement is just the first step. But we need the public to be vigilant, and that’s why we’re also helping people identify, and steer clear, of these schemes through our Tax Avoidance – Don’t Get Caught Out campaign.”

The two named schemes are:

Both schemes involve individuals agreeing an employment contract and working as a contractor. The schemes pay contractors the National Minimum Wage with the remainder of their wage paid through a loan to try to avoid National Insurance and Income Tax.

By releasing the details of these schemes, HMRC is letting taxpayers know as early as possible so they can steer clear of them or exit them. HMRC will also regularly update the list by publishing the details of other tax avoidance schemes and their promoters. If a tax avoidance scheme is not shown in the list, this does not mean that the scheme works or is in any way approved by HMRC.

Naming avoidance promoters is one of a number of measures that HMRC is using to help people identify avoidance schemes as a part of the Tax Avoidance – Do not Get Caught Out campaign. Other tools available to customers to help them steer clear of avoidance schemes include an interactive risk checker and payslip guidance.