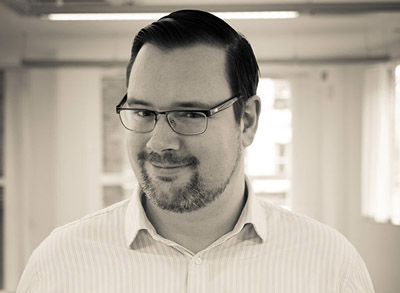 At the end of 2015, Holts Academy announced the launch of a new apprenticeship training centre in partnership with Assay Office Birmingham, tailor-made to the UK Trade, and early in 2016 they moved into a new purpose-built section of the new AOB building at 1 Moreton Street.

The following is an interview with Jack Meyer – Holts Academy’s Course Trainer:

Q: How long have you been doing this, and what skills do you possess?

A: I have written, and teach, all the Technology Courses at Holts Academy, whether for learning about what’s out there technology-wise or learning CAD/CAM for manufacturing. Before the Academy came along, there was an enormous gap between what was being taught at Universities and what industry needed, and the Academy was built to do nothing less than bridge that gap”.

I’ve been teaching with Holts Academy since 2006. But I’ve been working with computer graphics a lot longer. My first degree was in computer graphics programming, and before I went back to school to study jewellery I worked on 3D models for flight simulators for the military.

This dual background in Computer science and hand-made jewellery design and manufacturing has always given me an odd perspective on my field. I understand a lot more about the way CAD programs actually work than I have any right to do as a jeweller. I studied as many different CAD programs for jewellery product design as I could initially out of fascination. This is why I’m certified to train with all major jewellery CAD software currently used in the UK jewellery market. 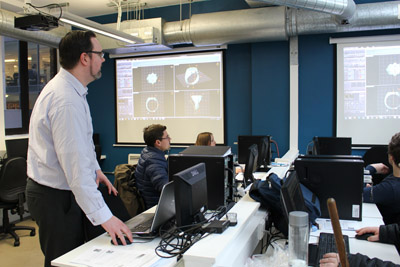 Q: Why you are unique compared to other courses?

A: When I first got started learning CAD training in my field, I suppose I was more used to the level of organisation and structure you see in larger academic programs. So as much as I loved working with the trainers who trained me, I felt the freewheeling unstructured format of many of their deliveries was a little bit disappointing. For all the cost you pay for corporate training, it didn’t really seem like you were getting as much as you could. Even worse, it always felt like the most important aspect of 3D modelling (that is, how do you prepare for the final results in 3D printing) was always conspicuously absent.

Many of the aspects which are the hallmarks of my current classes are a response to this. More so than any other trainer I know, I focus on tolerances and strategies for manufacturing as much as modelling tools and techniques. I’ve been told the course notes I present are among the most thorough and organised of any independent course in CAD anywhere. And I try not to let students get bored in my classes.

Q: What do people say about you, are people coming from far afield just to attend your courses?

A: I hope people say good things about my training! From what little I’ve heard reported back to me, it would seem my name has become associated with Holts Academy’s training, especially their CAD training. Over the past 10 years, close to 700 students have passed through my classroom, coming from all over. Last year I had students come from Chile, China, Ukraine, and Switzerland to join us. But in the past I’ve had many students from France, Ireland, Greece, Spain, Italy, Belgium, China, and Russia. So I guess it’s become gradually more and more commonplace to see people come from quite far away to join our classes. When that happens, I feel like I owe it to them to make sure I am on my best form, to do my best to give them the kind of training they’ve worked so hard to find.

Q: What have some of your learners gone on to do?

A: It seems every year we have a crop of excellent students, the best of the best. These students have gone on to contribute to bigger companies (such as Lionel Wiffen, Faberge, or even Gucci), set up businesses (such as David Valle), win awards (such as Sarah Herriot and Victoria Barker), work with other higher education programs wherein they shine (such as Conka Cai at the Goldsmiths Setting Out programme).

Over the years, it has also been quite common for companies to approach me directly about working with their design or manufacturing teams to spin them up on software. This may either be in short course format or bespoke masterclasses. Off the top of my head, I remember previously working with designers and CAD modellers from Links of London, Stephen Webster, Stubbs, Harriet Kelsall, Annoushka, Gecko, and De Beers.