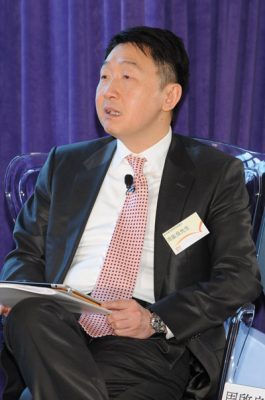 Winners of the 13th Hong Kong Jewellery Design Competition have been announced and the designs of the winners and finalists will be displayed at Asia’s largest spring jewellery fair, the 29th HKTDC Hong Kong International Jewellery Show, (16/20th February) at the Hong Kong Convention and Exhibition Centre.

About 300 entries were judged on creativity and innovation, aesthetics and craftsmanship, marketability, wearability and topic relevance. Both Open Group and Student Group categories competed under a ‘Soaring Dragon’ theme, echoing the Year of the Dragon.

Three entries in the Open Group were honoured with Best of Show awards, including ‘Interstellar Dream’, created by Ho Kwan Po, sponsored by H&F International Jewellery Co Ltd. Ms Ho said the design concept behind her ring was ‘the dragon chasing the star’.

Another ring, the ‘Soaring Dragon’, earned Best-of-Show honours for Cherry Ko, and was sponsored by 3D-Gold Jewellery (HK) Ltd. The design was inspired by the legend of a dragon that dances and soars to catch a red pearl.

Ngan Ka Yi, from the School of Continuing Education, Hong Kong Baptist University, was named Student Group Champion. Her ‘Gaming Fire Dragon’ necklace, with detachable pendant, also won the Craftsmanship & Technology Award. A ring-shaped pendant adorned with blue moonstones symbolises a cloud through which a dragon flies. The dragon is represented by the necklace, which is covered with fire opals.

“As economic growth continues to expand in such emerging markets as the BRICS countries, their purchasing power will also expand, which should lead to more demand for jewellery,” said Mr Chau. “This show will help exhibitors explore those markets.”

The Jewellery Show is expected to set a new exhibitor record, attracting more than 3,100 exhibitors from 48 countries, up from 2,870 exhibitors last year. Argentina, Denmark and Myanmar will be participating for the first time.

More than a dozen product zones will be featured, including the Hall of Fame, showcasing international brands, the Hall of Extraordinary, bringing together luxurious jewellery, the Hall of Nature, displaying precious loose jewellery, and the World of Glamour, presenting fine jewellery from Hong Kong-based exhibitors. Seventeen group pavilions will take part, as well as seven international trade organisation pavilions.

In all, some 20 special events will take place, including seminars, jewellery parades and the Paspaley Pearl and Robert Wan Tahiti Perles auctions. The winning pieces of the Chuk Kam Jewellery Design Competition 2012 will also be showcased during the fair period.