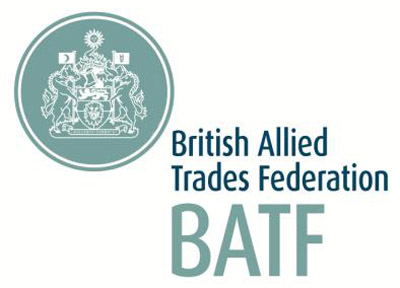 At the BATF AGM held at the Botanical Gardens on 31st May 2012, Michael Allchin, Chief Executive and Assay Master of Birmingham Assay Office gave a topical keynote presentation at the about the cyclical nature of historical events during the 125yrs of the British Allied Trades Federation existence.

Taking the packed audience back to Queen Victoria’s Jubilee in 1887, Michael pointed out that the Federation was born in this Jubilee year through the formation of the Birmingham Jewellers’ and Silversmiths Association.

The day started with a speech from outgoing President of the BATF, Martin Olsen who commented that in the year of his Presidency there was a general view that the UK had turned the corner economically and that it would be full steam ahead, unfortunately that was not to be the case. As a result the BATF Board took some radical steps to reduce operational costs and attract additional revenues from both existing and new sources, in order to ensure the future strength of the Federation.

Martin was also pleased to report, that the Federation was now undertaking secretariat responsibilities for the UK Operation of the Craft and Hobby Association. Martin said: “Working with CHA-US, the American parent organisation, this pilot, if successful, could be used to break into European markets. This affiliation has great synergy with our existing membership and will also strengthen our contacts ‘over the pond’.

Martin paid tribute to three Directors who were leaving the Board, David Metcalfe, John Joyce, both of whom completed 9 years service and Huw Williams who completed two. Martin then handed over the badge of office to Mike Hughes who became President for the next two years.

Mike is the owner and Managing Director of JewelCast Ltd a jewellery casting company; he is also the co-owner of Kate+Co Ltd, a commercial recruitment company, with branches in Solihull and Stratford upon Avon.

Mike commented that; “Members of the Federation have been experiencing difficult times,” and praised Martin Olsen for “steering the Federation through tough trading times, making necessary and difficult decisions to set the Federation on the right course for the future.”

He thanked Martin, the Board and past Presidents for leaving the Federation in such a sound financial position. Mike went on to give an insight into what his objectives are going to be as President of the Federation.

Building on the Federations past successes he would like to create a business-like approach to Federation operations and focus on: Providing best value services to its Members; Alternative sources of cash generation; Leverage the potential buying power of the Federation: And promoting the Federation’s services to other organisations.

Summing up the day, new President Mike Hughes said, “We are grateful to Michael Allchin for providing such an inspiring keynote speech.” He welcomed the new Directors to the Board and added: “I am looking forward to working with them and the team at Federation House to help plan and build for the future.”