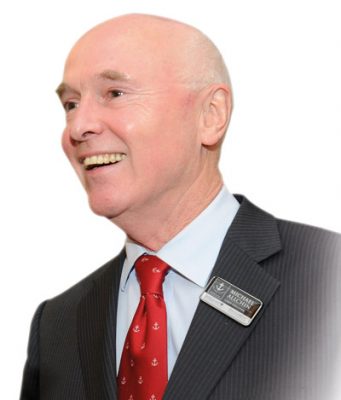 The British Allied Trades Federation (BATF) is pleased to announce that the keynote speaker at their 2012 AGM will be Michael Allchin, Assay Master of the Birmingham Assay Office.

Michael has held the position of Assay Master since January 1999. Michael has worked in the jewellery trade ever since 1973 when he graduated from Cambridge.

During his career he has worked for small and large, public and private companies, and has extensive experience of both selling and buying jewellery. He joined the Birmingham Assay Office from Signet Group Plc. where he had been Buying Director for H. Samuel for fourteen years.

Under Michael’s management the Assay Office is becoming an increasingly dynamic business, focused entirely on the needs of the jewellery, silver and watch industries.

Mike Hughes current Chairman of the British Jewellers Association (BJA) is to be installed as President of the Federation with Martin Olsen acting as Deputy.

BATF’s largest federated associations (British Jewellers Association, The Giftware Association and Surface Engineering Association) will give presentations outlining the progress and achievements of their associations over the last year. They will demonstrate how they have been affected by the challenging economic climate of the last 12 months and how they intend to drive the associations forward over the coming year.

The Surface Engineering Association and the British Jewellers Association will be celebrating their 125th anniversaries this year, Krys Zalewska, BATF Chief Executive Officer commented, that:  “It is important that the keynote speaker is someone with close links to the trades represented by the Federation. It was felt that Michael Allchin would be an appropriate keynote speaker, particularly as a Jeweller is to be installed as President.”

The Federation’s 126th AGM will be held at the Birmingham Botanical Gardens on Thursday 31st May 2012. Each member company of the Federation will automatically receive one complementary ticket which includes; drinks reception, two course lunch and entry to the Botanical Gardens and Winterbourne House. Additional tickets can be purchased at a cost of £45 plus VAT from Laura Cartwright .