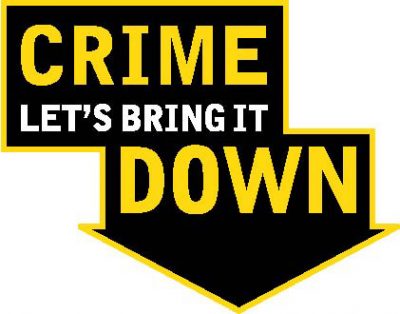 As we approach Spring and lighter mornings and evenings, the issues we face also change. As the number of visitors to the district increase steadily we need to be aware of those people who are here for reasons of criminality.

The policing team will respond to any intelligence relating to persons coming to the area to sell property that may be stolen in Burglaries or Robberies elsewhere. It is critical that information is passed quickly, either through the retail radio or via patrolling officers, as that will best ensure that those persons are stopped and checked out, as there should be an officer in the quarter most days of the week.

Begging has reduced but will continue to be an issue. Our (least) favourite beggar has now been awarded a CRASBO, banning him from the jewellery Quarter and St Pauls. Others will follow if required and we are still progressing a blanket ban on begging in the area. Remember begging is an offence per se and should not be encouraged.

It takes money out of the pockets of legitimate charities, street entertainers and licensed Big Issue sellers who are trying to earn money legitimately. Please let us know about any ongoing problems.

The policing team are taking a robust look at the issues of one way streets and speeding on some of our main routes. It is accepted that these have both been problems for a while, but we will be conducting regular operations to tackle both issues in future months.

The policing teams long term future has been secured and you should continue to see familiar faces patrolling the district for some time to come. If you feel that you have not received suitable attention from your neighbourhood team, stick the kettle on and demand we pop in for a cuppa!

Two recent arrests at late night bars for theft have been as a result of excellent work by security staff. Such offences are reducing, but are still an issue. Dont just keep an eye out for your bag when you are out, but keep half an eye on those belonging to others. Someone else might just prevent the theft of your own bag and contents, especially if you believe in karma!

Crime in all categories has fallen over the last twelve months and whilst there will always be criminality, there is no reason why by working together, levels cannot fall even further. It is perhaps true for once, (without being complacent) at least in the JQ and St Pauls, that the fear of crime is worse than the reality – lets keep it that way!