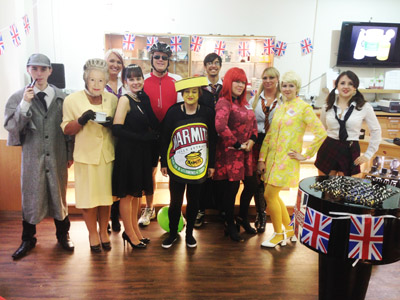 On 26th September Betts Metal Sales on Spencer Street, Hockley took part in the Macmillan Cancer Support coffee morning, in aid of raising funds for those affected by cancer.

‘The world’s biggest coffee morning’ urges people to raise as much money as possible whilst enjoying a cup of coffee and a cake (or two) and since last year’s success they thought they’d do it again.

Betts Metal Sales held a Best of British themed coffee morning at their trade counter. All staff participated by dressing up as their chosen British icon as well as bringing in cakes to sell, donating money, holding competitions and decorating the counter.

A fancy dress competition was held, judged by Marie Haddleton, who declared Clare Chamberlain (or Lord Nelson) the winner. 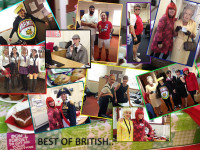 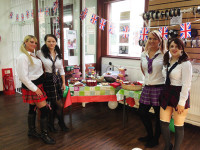 Betts Metal Sales raised over £770, one of the largest amounts raised in the Jewellery Quarter.

A fantastic day was had by all and special thanks go out to Greggs Jewellery Quarter who kindly donated cakes, Marie Haddleton of the Hockley Flyer and of course all of the customers who donated.