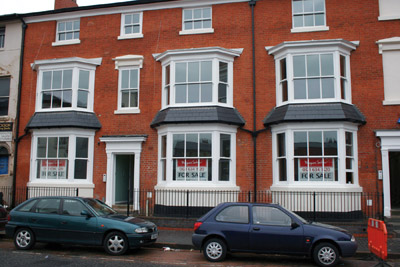 Eight brand new one, two and three bedroom live/work units have just come onto the market in Birmingham’s historic Jewellery Quarter as part of an extensive restoration project.

Next door to the former JW Evans & Sons silversmithing manufactory on Albion Street, which was recently acquired by English Heritage, these units are sympathetic conversions from the three early Victorian terrace houses with workshops that stood on the site.

Mike Hassett and his partner Mike Henrick, a fourth generation jeweller born in the Jewellery Quarter, are the men behind this ambitious project.

Mike Henrick said: “The Jewellery Quarter has, for many years, been suffering a decline in physical appearance and reputation.

It comes across as run-down. It shouldn’t be that way. I want to see the Jewellery Quarter move back to its glory days; a hive of industry and home to families, a welcoming place to visit and stay. That’s why we took on this project. I wanted to make sure that the houses would be put back into their original condition in keeping with the surrounding properties.” 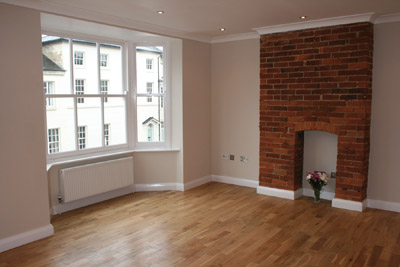 Philip Jackson, of city centre specialist estate agents Maguire Jackson, is selling the units. Philip said: “Albion Street is the gateway to the Jewellery Quarter developments planned over the next five years – work has already started on the nearby listed George & Dragon pub and English Heritage are looking to open the JW Evans buildings to the public in the next two years.

These units are ideal for the small business owner who wants to take advantage of being just a short stroll from the city centre and who will benefit from being able to live and work in the same space.

In this area, the idea of live/work units is that they’ll attract smaller, creative businesses as part of a wider regeneration programme.”

Richard Hudson, conservation architect at Birmingham City Council, was extensively involved with the conversion of these properties. 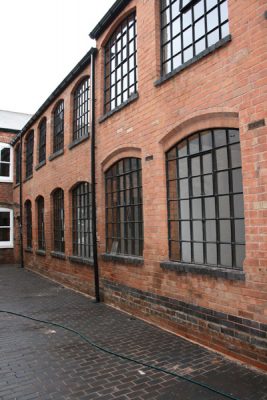 He said: “The dense mix of converted houses, ‘shopping,’ and ancillary buildings dating back to the nineteenth century are what make the Jewellery Quarter stand out from other parts of Birmingham’s city centre. It is important that the development of such buildings is carefully controlled.

Mike and his team have managed to create a building that’s fit for modern purposes, but which still has historic authenticity and is faithful to the Jewellery Quarter’s proud manufacturing past.

It’s not been an easy project but these are historically important buildings for Birmingham and it’s crucial they reflect the history of the area while still being fit for live and work purposes,” he added.

In order to carry out this conversion the buildings had to be reconfigured so that the staircases could remain in their original positions while retaining the Georgian frontages, re-joisted and re-floored throughout.

Cast iron windows were brought in from the demolished Crocodile Works in Newtown to replace those that had been damaged by age.

One of the main challenges was bringing everything in and out through the front door and removing 160 tonnes of earth and rubble on wheelbarrows at the outset. No heavy machinery used throughout the works.