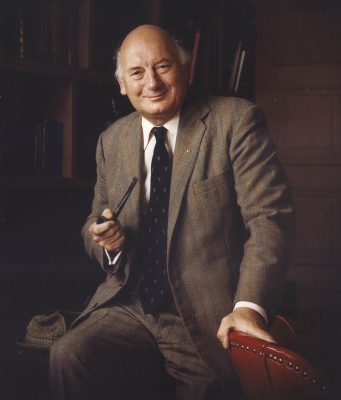 A final ‘Cheers’ to one of the Quarter’s characters by Prof Freddie Trowman, Past Chairman of the Jewellery Quarter Association

Norman Downes, one of the Quarter’s most colourful manufacturing jewellers, has died at the age of 83. Family and friends said their last goodbyes at a memorial service in St Paul’s Church, presided over by The Rev’d Canon Dr Dennis Claringbull, a former JQA Chairman and friend of Norman.

Several speakers paid tributes to Norman’s diverse life as: a City Councillor, a past President of Smethwick Cricket Club, a dedicated masonic charity fund raiser and a manufacturing jeweller.

Norman took over his father’s business, C. Downes of Albion Street, after the Second World War. His natural flair for business and his love of the artform of jewellery built up the business into one of the Quarter’s most successful firms. He was a larger than life figure whose generosity was legendary.

Amongst those who attended the service were many retired jewellers, all of whom gathered afterwards in the Quarter’s ‘other’ Church in Great Hampton Street to raise a glass or two to the memory of their friend who did so much to enrich the history of the Jewellery Quarter, whose stentorian voice proclaiming: “Ah, dear boy, I’ll just have a small scotch”, will sadly never be heard again.