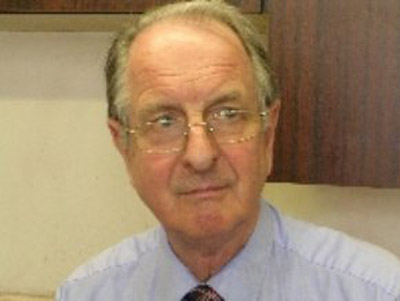 ‘It is with great sadness that I write to inform you that my father Mick Bickerton passed away on 24th January 2014.

My dad had worked in the Jewellery Quarter for over 50 years and built up some great relationships and friendships within the trade over that time.

My mother (Shirley Bickerton) and I joined him in the trade, and together we opened Bickerton Jewellery on Vyse Street some 30 years ago.

My dad’s love was the regimental jewellery that he made for members of the Armed Forces, and he continued to work as a mounter until his death on Friday.

He was very proud of the fact that he had made some pieces which had been presented by British Forces to members of the Royal Family, including the Queen and Diana, Princess of Wales.

He died suddenly, at home, of a pulmonary embolism on Friday morning (24th January) aged 79, sadly just eight weeks after his son (my brother) died very suddenly in London, aged 50.

Mick’s funeral was held at Robin Hood Crematorium on 10th February at 12 noon.