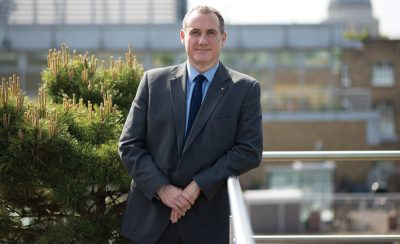 Peter Taylor, Director of the Goldsmiths’ Centre, and a key figure in the establishment of the charity, has been awarded an MBE for his services to the Jewellery and Silversmithing Industries.
One of 476 MBE recipients, he was named in the Queen’s New Year Honours for ‘Services to Jewellery & Silversmithing’ recognising his extraordinary achievements in supporting UK jewellers, silversmiths, and members of the allied industries to protect this ancient craft and grow successful businesses.
“When I realised that I had been appointed an MBE in the 2021 New Year’s Honours List I was frankly amazed and humbled by the award. I have been blessed to work with some amazing people over the years, including the team at the Goldsmiths’ Centre and Company. In many ways this honour is a recognition of their work as well as my own. Goodness knows we all need a boost as we go into 2021 and this was an incredible way to start the New Year.
As I reflected upon my 37 years in the trade it reminded me that we can never quite know where we will end up or what we can achieve if we are open to opportunity. Receiving an MBE is undoubtedly the highlight of my career to date and I am incredibly proud that this also reflects positively on the work of so many other people who are passionate about the future of our craft and industry.”
Peter Taylor, Director of the Goldsmiths’ Centre
After leaving the Birmingham School of Jewellery in 1988 Peter worked in the industry before setting up his own design and making business in partnership with a college friend. In 1994, learning from his own experiences he established a project in Birmingham’s Jewellery Quarter to support graduates and young entrepreneurs. In its final iteration Designspace 2000 ran until 2001 and supported many aspirant jewellers and silversmiths to begin their careers in the industry.
Many have gone on to run their own successful businesses or have influential roles in Higher Education. Importantly in later iterations of the project these opportunities were widened to include people from non-formal educational backgrounds and the disadvantaged communities that surround the jewellery Quarter. Peter was and remains committed to opening up opportunities through making and designing, a theme which continues to this day.
Returning to Higher Education in 1997, Peter played a pivotal role in launching the University of Central England Jewellery Industry Innovation Centre (JIIC), a technology, training and mentoring facility at Birmingham School of Jewellery that continues to collaborate with local businesses and have an impact on the lives of students.
Peter, joined the Goldsmiths’ Company in 2002 as its first Director of Technology and Training, Taking responsibility for its work in support of the craft, industry, and partnership with Higher Education.
In 2005 working closely with Stuart Devlin, Chairman of the Technology & Training Committee and other prominent members of the Goldsmiths’ Company, the concept of an education and training facility owned and managed by the Goldsmiths’ Company was first articulated. In 2007 the potential acquisition of a derelict school site in Clerkenwell London led to the scope of the project increasing significantly to include workspace and the concept of the Goldsmiths’ Centre was firmly established in its current form.
Peter oversaw the regeneration of the site, which combined its historic legacy buildings with modern architecture to create a state-of-the-art facility for work, education, and events, and in 2011, was named as the Goldsmiths’ Centre’s first Director.
The Goldsmiths’ Centre opened its doors in 2012 and has since become the UK’s leading charity for the professional training of goldsmiths. With funding from the Goldsmiths’ Company, the Goldsmiths’ Centre has helped countless young people find their creative vocations and is a source of support and opportunities for people working or aspiring to work in the goldsmithing industry.
Always willing to contribute to initiatives that benefit the wider industry Peter has also been involved in developing the Occupational Standards for the sector and most recently a new Trailblazer Standard for Jewellery, Silversmithing and the Allied Trades. A potential step change in how people access job opportunities and training within the sector. 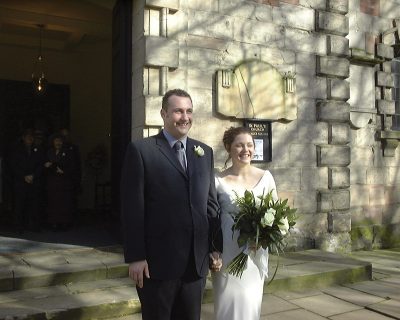 NB (The Hockley Flyer)
Before Peter left his post sat the JIIC in Birmingham to take up his post in London, he got married in St Paul’s Church (The Jewellers Church) in St Paul’s Square.