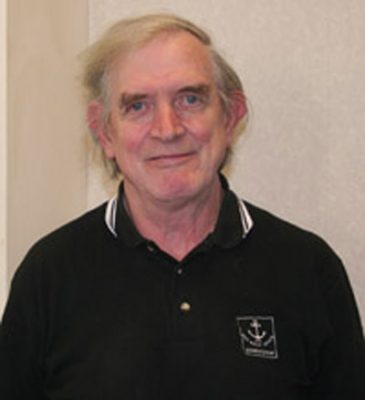 Staff at the Birmingham Assay Office said a sad farewell to their long time colleague Ron Hodgetts who recently completed 50 years of service and then combined both his birthday celebrations and retirement party to mark the end of an era.

Ron joined the Assay office on his 15th birthday and was immediately a key member of the team as his job was to pedal around the Jewellery Quarter, collecting and delivering parcels of work for hallmarking on his bicycle. How different was the world in 1961!

In between these trips Ron began to learn to hallmark, being trained on the various presses used at the time.

Just as Ron eventually hung up his bicycle clips and his transport to work progressed to a Robin Reliant, so his career developed as he went on to learn the skills and confidence required to hand mark, under the very experienced eye of Harry Butler, who finally left the Assay Office at the age of 86.

Ron was a well respected hand marker and soon became a ‘leading Hand’ responsible for training new staff. His attention to detail was second to none and he had a reputation for wanting everything absolutely precise. His expertise and commitment to the Assay Office eventually led him to become the supervisor of the Marking Floor. 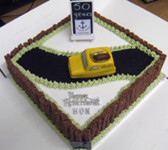 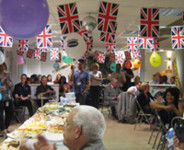 In 1997 Ron’s career took a sudden turn with the opportunity to pioneer hallmarking by laser. His commitment to precision and delivering a good service, and his interest in all things technical, were perfect for this challenging new project.

In the late 1990’s The Birmingham Assay Office was receiving increasing numbers of lightweight or hollow samples many of which were now being submitted for hallmarking fully finished, having been made abroad.

Such product required a different approach from the semi finished articles the assay office was used to marking and the Office needed to develop new techniques. Ron grasped the new technology with his usual enthusiasm and has been central to the ongoing developments in the laser marking room ever since.

Speaking at one of several events to mark Ron’s retirement, Assay Office Chairman Kay Alexander said: “It says something about a company when they have employees with 50 years of service. I am very grateful that we have so many people with such strong commitment to the business, who work extremely hard, especially when times are tough. Ron’s dedication and loyalty over 50 years has been fantastic. We will all miss him.”

As Ron left the building for the last time, staff lined the way and applauded him as he walked through the car park to his car. It was a very moving and wonderful tribute to a very special man.