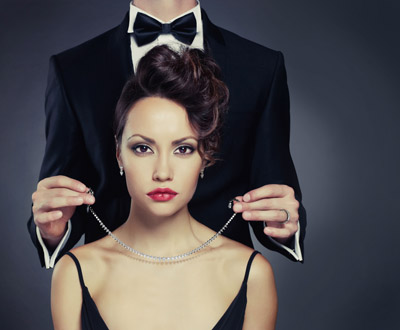 Domino Jewellery, one of the UK’s leading producers of precious, finished and semi-finished jewellery, has reported a significant surge of interest in its ‘Rosabella Collection’ of diamond jewellery with strong sales in recent months across markets in Europe.

Rosabella, which is designed by Domino’s own in-house design team and is exclusive to the company, offers retailers a broad selection of finished earring, necklace and bracelet suites suitable for all occasions but the most popular items amongst European stockists are chosen from its ‘Daywear’ selection which features, some of the collection’s most strongly-commercial earring and pendant designs.

Nor is Rosabella the only Domino collection to be taking Europe by storm with interest also being strong in its British-made Diamond Ring Mount (DRM) collection featuring a wide selection of semi-finished engagement, dress, and eternity rings designs in both classic and contemporary styles.

European Sales Manager, Laurent Nicollier, is excited by the response the company has seen recently from retailers not simply in his native France, but also in the 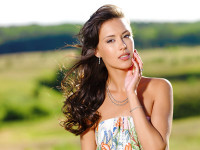 “We have made a number of excellent contacts and are now experiencing a high-level of successful follow-up business from the trade fairs we have attended,” he commented.

Interestingly whilst Domino’s European customers used to initially buy semi-finished jewellery and castings from the company many of them, as the growth in sales of Rosabella demonstrates, are now finding it more convenient to purchase finished designs.

The company’s Sales and Marketing Director Andrew Sollitt is also encouraged by Domino’s building success in Europe: “There is no doubt that the efforts of our sales team on the ground coupled with the prominence of our new stand at Basel this year has alerted many more overseas retailers to our presence and has done much to contribute to our on-going growth.

We shall be back at Basel in March and are looking forward to seeing further growth in Europe in 2015,” he said.