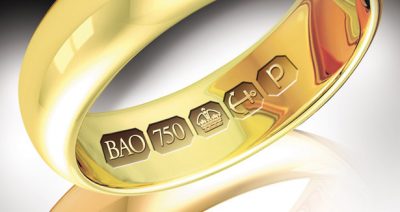 The Assay Office Birmingham, in the heart of the Jewellery Quarter, has received a stamp of approval, and a grant of £70,900, from the Heritage Lottery Fund (HLF) for its plans to bring collections dating to the 18th century into the digital age.

Birmingham’s Assay Office was founded in 1773 after industrial pioneer Matthew Boulton tired of sending items from his Soho Manufactory to Chester for hallmarking – a mark assuring the fineness of precious metal and jewellery and one of the earliest forms of consumer protection.

Independent testing and hallmarking of precious metal articles began in the 14th century and is still a legal requirement in the UK.

Assay Office Birmingham is the longest surviving of the many businesses founded as a result of Boulton’s endless energy, enthusiasm and entrepreneurial vision. Its mark – an anchor – has already been struck on over 125 million articles in the first 14 years of the 21st century. 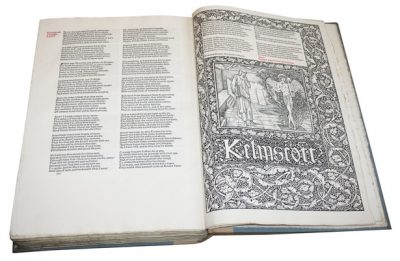 With thousands of items spanning nearly 250 years of Birmingham’s jewellery and metalworking industries, the Assay Office’s private silver, coin and medal collections chronicle changes in manufacturing techniques, fashion, social history and lifestyles of the area. Its private library and archives hold a wealth of information in the Grade II-listed building in Newhall Street.

Currently however, the collection is detailed on paper records and a database which is over 30 years old. A six month project will see the electronic and photographic cataloguing of the Assay Office’s 1,700 item silver collection, its coins, medals, historic dies and library of 5,500 books, catalogues and drawings dating back to the 17th century.

Reyahn King, Head of Heritage Lottery Fund West Midlands, said: “Birmingham is the home of the Jewellery Quarter and a wealth of pioneering industrial heritage, in which the Assay Office played a key role – so millions of items bear the anchor hallmark!

We’re extremely pleased to support this project to make the Assay Office collections and memories available digitally so that people can access a unique insight into the industries which helped give the city its world-class reputation for jewellery and metalwork.”

Nine people with a mix of specialist expertise will be involved in creating the electronic catalogue and making it accessible via a website. An oral historian will encourage and record anecdotes, comments and memories from former and existing staff – including some who worked there for over 50 years – to build a picture of how social and work life in the area, and particularly at the Assay Office, has changed.

As well as making the impressive collection more accessible for students, researchers and the public, the electronic catalogue and website will bring previously uncatalogued items to light – including a Second World War fire warden’s uniform, architects plans of the Newhall Street building and historic paintings.

Most of the metal and jewellery items in the collection bear Birmingham’s hallmark. This, along with other significant items such as rare Boulton silver coins and the ‘Droz collar’ (used to strike text and images around the side of coins) helps tell the story of Assay Office Birmingham.

Chairman of the Assay Office Birmingham, Kate Hartigan, said of the grant: “We are extremely enthusiastic about this project which will enable historians, researchers, local people and students of all ages to benefit from the rich heritage resources of Assay Office Birmingham. Our team is passionate about what we do and we see ourselves as custodians of a long established and important institution. From the start we have been at the heart of the Birmingham Jewellery Quarter and the Birmingham business, academic and heritage communities. We are immensely proud of our business and of our heritage, and it is absolutely right that the resources we have available should be more accessible. We are really looking forward to working on and completing the project.”