Home » Entertainment » The 4 Clowns of the Apocalypse

At the Blue Orange Theatre 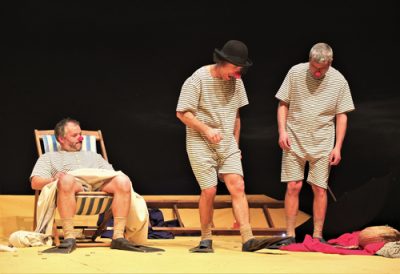 In February 2018 after a successful opening where they received a standing ovation, The Absolute Theatre began a tour of Portugal with their production of ‘The 4 Clowns of the Apocalypse’ after which they will bring the show to theatres and community venues in the West Midlands and London in March 2018. 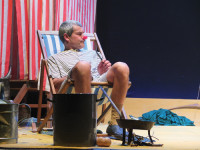 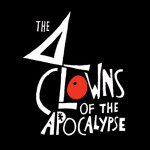 Last year Absolute Theatre, who are based in North London approached Teatro do Montemuro with the idea for the show and both companies set about making it happen.

Teatro do Montemuro is located in a small village in Central Portugal, which does not have a shop, cafe or post office, but has a full working theatre that holds an international theatre festival, runs workshops and has produced shows for over 25 years.

Absolute Theatre and Teatro do Montemuro have been admirers of each other’s work since the late 90’s and are very happy to have together created The 4 Clowns of The Apocalypse’, which is both companies first ever clown show and appeals to children and adults alike.

On Sunday 18th March ‘The 4 Clowns of the Apocalypse’ comes to The Blue Orange Theatre, 118 Great Hampton St, Birmingham, B18 6AD – 3pm and 7pm https://blueorangetheatre.co.uk/project/the-4-clowns-of-the-apocalypse-18th-march-2018