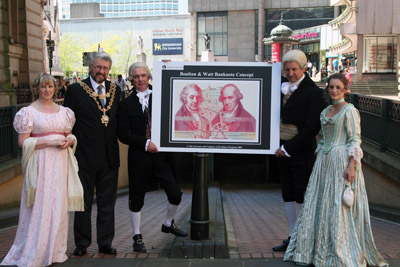 A major exhibition to commemorate the bicentenary of Matthew Boulton opened in Birmingham on Saturday May 30th.

To mark the opening, activities took place in Chamberlain Square in Birmingham City Centre throughout the day. 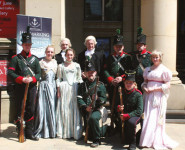 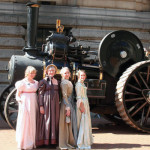 An international conference on Boulton will be held at the University of Birmingham, July 3rd – 5th. Mervyn King, the Governor of the Bank of England, made the announcement when he opened the Matthew Boulton exhibition at the Birmingham Museum and Art Gallery that Matthew Boulton and James Watt, the leading figures of the Industrial Revolution would be the new faces on the new, redesigned Bank of England £50 banknotes.