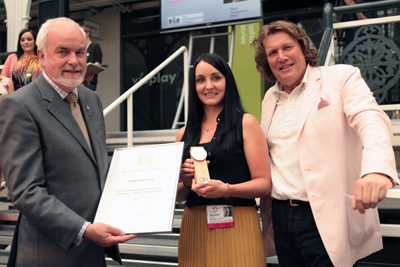 As well as presenting the two awards the Goldsmiths’ Company also sponsored the Jewellery and Precious Metalwork Zone at New Designers for the ninth consecutive year and had a stand in the centre of the zone offering students information on the new Goldsmiths’ Centre with the fantastic facilities and opportunities it presents, as well as giving technology assistance and details on hallmarking requirements.

Peter Taylor, Director of the Goldsmiths’ Centre, said: “It is always a pleasure to be associated with New Designers.

It is without doubt the most important graduate show in the UK and the work that was on display in the Precious Metalwork Zone was of an extraordinarily high standard. It is very heartening to see so much talent and innovative creativity emerging from our colleges.” 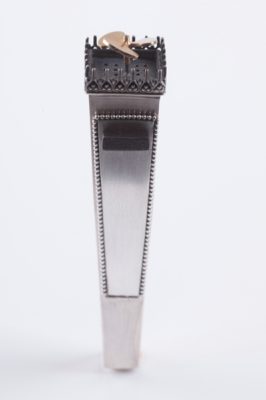 The two Goldsmiths’ Company awards were granted for excellence – one for jewellery and one for silver. The criterion for both the awards is to identify excellence in design and craftsmanship. The winning pieces have to show superlative design, originality, and sales potential.

As in previous years the awards were judged by Lorna Watson, Creative Director of Astley Clarke, jewellery industry professional, and silversmith Mary Ann Simmons together with Peter Taylor Director of the Goldsmiths’ Centre.

Lorna Watson said, “There was a really strong show this year, with an encouraging mix of creativity, craftsmanship, and commerciality.

However Mairi Johnstone of Duncan & Jordanstone College of Art & Design was singled out for the Jewellery Award because of her ability to demonstrate a sense of whimsy and playfulness in tandem with strong making skills.”

Mairi’s collection of work, called “Come to your Senses”, aims to bring some life and vividness back to our senses which Mairi feels our hindered by the distractions of everyday life. 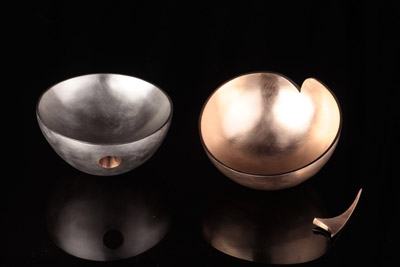 Each of her humours toy-like objects conceals a secret sensory function – a pendant’s secret sugary centre that will ignite your taste buds and give you a lift, or a scintillating scent which escapes from your lapel pin to help you drift off to a “happy place”, or a pocket periscope to help spot your escape!

Mairi said, “I hope my quirky, little devices will help people be distracted from the hustle and bustle of life, if only for a sneaky moment!”

The silver prize went to Noeleen Logue of the National College of Art & Design in Dublin, whose work entitled “It’s What’s Inside that Counts” consists of one off hand-raised sculptural forms using traditional silversmithing raising techniques. 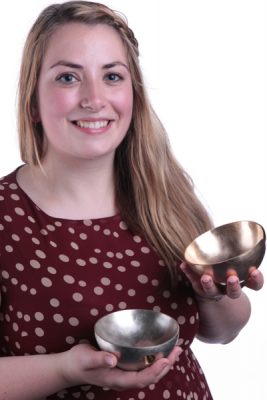 By extracting sections, it reveals unexpected interior compositions. Exposing the inside it will often highlight the construction of the piece or reveal a deceptive inner – hence the expression ‘It’s What’s Inside That Counts’.”

Gilding metal and nickel silver are primary materials in Noeleen’s work combined with the decorative use of other materials such as copper and brass, with the interiors often consisting of married metals and mokume gane.

Her detailing is subtle yet intricate and the pieces themselves have an aspect of playfulness created from what appear as suggested movements in the pieces.

Past Prime Warden of the Goldsmiths’ Company Mr Grant Macdonald presented the winners with a prize of £1,500, made up of a cheque of £1,000 plus precious metal to the value of £500.