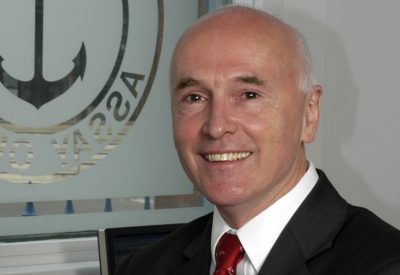 Over 50 of the leading figures in the UK Jewellery industry attended a presentation given by Michael Allchin, Chief Executive, and Assay Master of The Birmingham Assay Office, during the 2007 Spring Fair.

A lively question/answer session followed the presentation and this exclusive invitation only event proved to be so successful that it will no doubt become a highlight of the Spring Fair calendar for all those involved in the UK Jewellery Industry for years to come.

Following the Presentation, The Birmingham Assay Office also organised another ‘first’ and held an exclusive screening to an invited audience of the documentary film ‘Blood On The Stone’ which had been commissioned by Warner Bros, written and presented by Sierra Leonean, Sorious Samura and made by Ron McCullagh of Insight News TV.

‘Blood on the Stone’ reveals how illicit African diamonds are still being smuggled and sold. Sorious Samura shows what is actually happening in Africa now and discusses the story behind the Hollywood film ‘Blood Diamond’ on which he and Ron McCullagh were consultants.

Ron McCullagh attended the screening and was delighted to discuss the film with representatives of the UK jewellery trade. Ron remarked that “It’s a long way from the holes in the ground in Sierra Leone to here (Birmingham) and this marks the end of a long journey for me.”