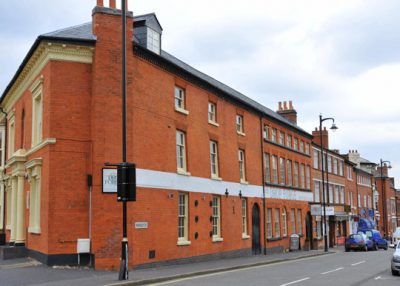 Two venues in the Jewellery Quarter have recently won awards, namely The JamHouse, and The Drop Forge.

The JamHouse was also shortlisted and in the 2012 Birmingham Best Bar None awards was also ‘Highly commended’ in the overall results, but won outright the ‘Best Independent Venue’.

The scheme rewards premises that are raising the standard by taking pride in their surroundings, operating responsibly and demonstrating a commitment to reducing alcohol related crime. 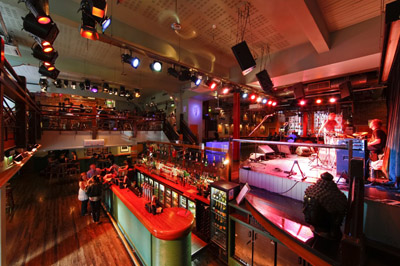 ‘We want residents and visitors to our city to confidently enjoy Birmingham’s outstanding nightlife’.

The Drop Forge won the outright Conversion to Pub Use category in the CAMRA National Pub Design Awards.

CAMRA, the Campaign for Real Ale National Pub Design Awards competition, is in association with English Heritage and The Victorian Society.

The Awards are held annually, with the categories dedicated to championing pubs showing vision, imagination and a level of restraint in their design.

This year’s announcement comes at a time when Britain’s pub closure rate has increased to 18 per week, with countless community pubs under threat across the land.

For all work completed during 2010, an experienced panel of judges consisting of architects, historians and pub campaigners have travelled the length and breadth of the country to visit pubs submitted into the competition, and have singled out 4 such gems as overall winners. 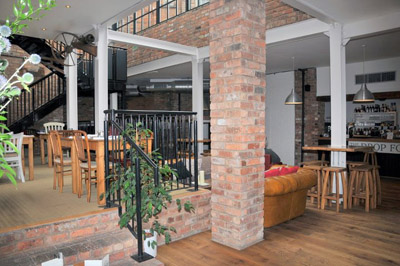 Inside the Drop Forge in Hockley Street.

In the Conversion to Pub Use category, where an existing building is converted into a pub, the Drop Forge in the Jewellery Quarter of Birmingham has taken the national title.

For this fantastic conversion, judges observed how the ‘architects and designers have re-used an existing industrial building in the heart of Birmingham’s Jewellery Quarter.

There’s still a sense of the former workshop’s – and indeed the quarter’s – industrial past, but the architects have added lots of natural light via large new skylights, and have created an honest new bar and softer snug areas to east and west.’

Commenting on the winning designs this year, Dr Steven Parissien, an architectural historian, author, and one of the competition judges, said: ‘For over twenty years the Pub Design Awards have been celebrating the Best of British. Amidst the gloom and doom, this past year has, reassuringly, seen a number of first-rate pub schemes, all of which illustrate how pubs can, and should, be treated.

Interestingly, the majority of our award winners involve new work done to historic, listed buildings – which, for many both at home and abroad, define what a pub should be.’