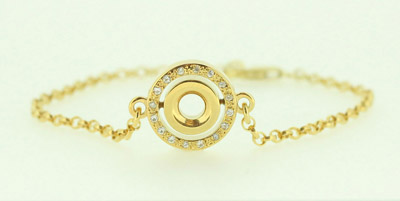 Members of the Conservative party are it seems great fans of UFOs – however not those that flash in the night sky and come complete with little green men!

The UFOs which went down a storm in Birmingham in October were in fact ‘Unique Finger Ornaments’ created by Stephanie Holt, winner of the 2016 Weston Beamor prize at the City’s Jewellery School.

Stephanie, who is now artist in residence at the Birmingham City University’s School of Jewellery, was invited, alongside a group of other local and diverse craftsmen and women, to exhibit at the Conference which took place at the City’s International Conference Arena: “I think the organisers must have picked up on the publicity surrounding my Weston Beamor win, but however they found me I’m really glad they did as it was a terrific opportunity to showcase my brand new collections to a huge cross-section of people,” Holt commented.

On show was Holt’s ‘ONE’ collection, which builds on the wedding and engagement ring concept which won her first prize in the Weston Beamor competition. Since her win in February she has worked closely with the company to create matching eternity rings as well as earrings, pendants and bracelets all of which embrace the same minimalist aesthetic. All pieces, which were rapid-prototyped and then cast by Weston Beamor, are available in red, yellow and white gold or platinum and can be adorned with a diverse array of coloured gemstones and pave to provide a wide variety of choice and lots of opportunities for personalisation. 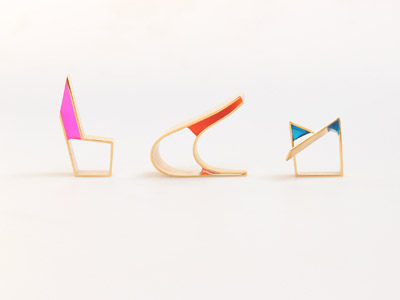 Also on show was the afore-mentioned UFO range which Holt is developing as part of her Artist in Residence project. This collection showcases one-off hand-made pieces, which she describes as ‘Hand Furniture’. These are currently made from precious metals and resins but she is exploring the use of hand-carved gemstones.

Speaking about the Party Conference Holt commented: “It was my first time (out) meeting the public with my work and although I wasn’t selling from the stand it was a wonderful opportunity to get consumer feedback, which was overwhelmingly positive. I now have lots of enquiries and am optimistic about turning these into orders. I’m very grateful to Weston Beamor, not only for the initial exposure I received from winning the Award, but also for helping me to create such a seemingly successful first collection.”

Glen Day, business development manager at Weston Beamor said he was very glad that the business could be of help. “It is always terrific when one of the very talented people who has won this competition over the years has a particular success. We have really enjoyed working with Stephanie and look forward to continuing to do so as she builds what has all the makings of a successful jewellery brand,” he concluded.
Stephanie Holt’s jewellery can be viewed at www.stephanieholt.co.uk