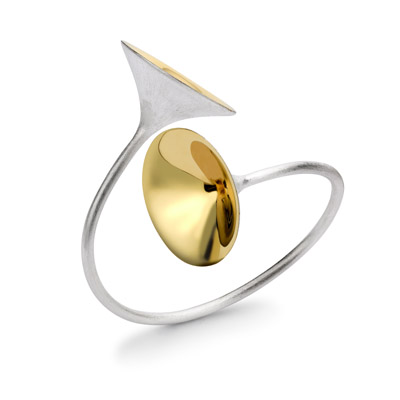 The Soweto born, Nqobile Nkosi, will be using the company’s stand (Hall 17 P44 Q45) as his base at the show and this is where he and his British partner, the UK designer Paul Spurgeon, he will be launching their ‘Cornerstone’ jewellery brand.

The proceeds from Cornerstone, which will be sold in both the UK and South Africa, will go towards empowering Nqobile and his expanding team in Soweto and Makapanstad in South Africa to support themselves and others by making and selling jewellery.

The Cornerstone concept has been supported from its inception by Weston Beamor, which has been closely involved in the product development process and, from Paul’s and Nqobile’s designs, has provided free casting services to create this truly unique collection of jewellery that embraces the styles, influences and traditions of both Britain and South Africa.

A particularly exciting aspect of the Jewellery Show Launch is the fact that the show organisers, EMAP Connect are sponsoring a ‘Cornerstone’ element to their ever popular catwalk event. Three times a day for each day of the show, two models will show off some high-fashion Haute Couture Cornerstone designs to specially selected music. When not on the catwalk, these pieces, together with the rest of the more commercial Cornerstone collection can be viewed on the Weston Beamor stand.

As a further gesture of goodwill, Weston Beamor has agreed to give Nqobile a two-week internship at the company’s headquarters in Birmingham where he will have the opportunity to learn more about all aspects of jewellery production.

“We cannot thank Weston Beamor enough for their support with Cornerstone,” says the project’s founder, Paul Spurgeon. Nqobile’s time in the UK is going to be an enormous learning curve as he has never previously been out of South Africa and never before flown on a plane, let alone seen a major international trade event like The Jewellery Show. That said he is a very remarkable person and I have no doubt that he will cope admirably with what will be a real ‘Crocodile Dundee’ experience for him.”

Speaking for Weston Beamor, director Yvonne Brookes commented: “As one of the UK’s first certificated manufacturers to work with Fairtrade Fair Mined gold we are, as a business, deeply committed to creating a more ethical jewellery supply chain. The objective of the Cornerstone project – to bring work and dignity to those living in one of the world’s poorest places – is something we fully endorse and we are delighted to be able to offer it our support.”