Home » Marie Haddleton » Why We Lost? 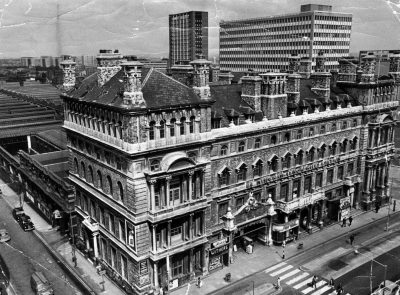 Birmingham failed in its bid to become European’s Capital of Culture 2008. Why, one may ask? In 2003, according to Stephen Hartland, Chairman of The Civic Society Planning Committee, it was let down by its buildings.

Sir Jeremy Isaacs had said that: “Birmingham lacks iconic buildings and Liverpool (the winners) has a stock of very fine buildings” and Stephen wondered, therefore, is it a coincidence that most of Liverpool’s impressive buildings are pre-war and many of Birmingham’s buildings built since the war are bland and uninspired.

Stephen commented: “Unfortunately not many great buildings came out of the 1960s and 1970s and the period is marked by its destruction of many fine ones – our own original Central Library being one of them. Most people like buildings and urban design to be on a human scale and built of quality materials that make you want to love them.

“Birmingham demolished so many grand Victorian buildings like Snow Hill Station and New Street Station and those civic buildings near to Victoria Square which formed part of a group which the historian Asa Briggs reckoned to be the finest set of civic buildings anywhere in the country.”

Such a shame that we flattened all these fine buildings, amongst many others. Let’s hope we have learned a lesson – surely there are architects who can design buildings we can be proud of – and afford to manage afterwards!