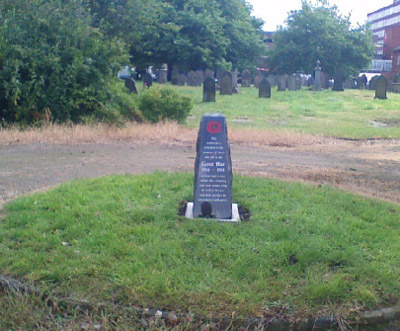 Many people have contacted The Hockley Flyer recently regarding the two brand new War Memorials that have appeared in both Warstone Lane and Key Hill Cemeteries.

After making enquiries, we have received this explanation:

‘Bereavement Services have arranged for befitting memorials to be placed within all of the city cemeteries where there are graves of fallen soldiers from the Great War.

Large triptych style memorials have been placed in the bigger city cemeteries. However, it was considered that the simpler boulder-style memorials were more befitting for the smaller cemeteries, including Key Hill and Warstone Lane.

The placement of the memorials was discussed with the city’s Conservation Planning Officer to ensure that there were no issues regarding the listed status of the cemeteries prior to the arrangements for installation being made.

There was also consultation between Bereavement Services and Funeral Directors across the city to ensure that they were aware of the proposals.

Over the next four years, it is anticipated that there will be a number of events taking place within the city cemeteries to commemorate the centenary of the Great War, which will include rolls of honour detailing the fallen soldiers within each of the cemeteries.

It is intended that a display screen unit will be set up in the Museum of the Jewellery Quarter that will facilitate the Rolls of Honour for those soldiers who are buried in Key Hill and Warstone Lane Cemeteries. It is hoped that this can be implemented over the next few weeks and will complement the commemorative WW1 display that is currently open to visitors to the museum’.