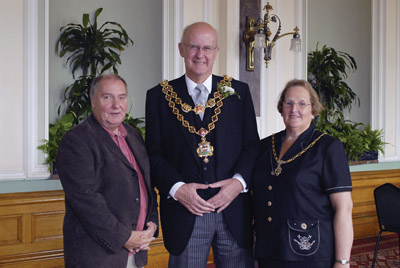 A strong and stable financial year, the opportunity to meet and influence key members in the House of Lords and House of Commons and a ‘brilliant export department’ that has flown in the face of reduced government funding with additional export events, were just three of the outstanding achievements at an upbeat 121st British Jewellery & Giftware Finishing Federation Annual General Meeting.

The board has been exemplary in their support, commitment and hard work. The finance committee has given the BJGF financial stability and the work being done by export in the fight for our recognition in the global market has been outstanding. Well done to all our associations – you are our strength and without you we would not be the success we are today.”

BJA increases membership
Despite a ‘challenging year’ in the jewellery trade, Geoff Field, CEO of the British Jewellers’ Association, said that a bullish package of relevant services and support to the members had seen membership top a 20 year high with over 800 members.

Geoff spoke of the exemplary work that the BJA is doing with NAG and other partners to support the Council for Responsible Jewellery Practices and the association has worked tirelessly to ensure the policies and procedures proposed by CRJP are relevant to all its members.

GA celebrates 60th anniversary
Michael Grant of the GA then took to the podium, to highlight the major achievements of the Giftware Association, which celebrates its 60th anniversary this year. Opening with a fascinating audio visual presentation, tracking the successes of the industry, Michael said the industry owed an ‘enormous debt of gratitude’ to the founder Elkan Simons CBE ‘whose vision it was to create this dynamic trade association in 1947’.