Home » Entertainment » Adult bullying? There’s no such thing. Is there? 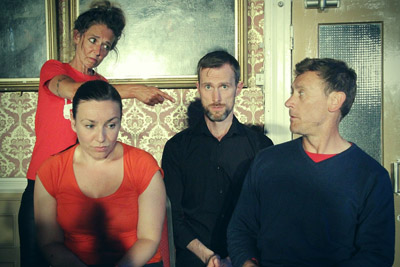 The piece is an exciting and thought provoking production consisting of four new pieces of writing exploring issues of human interaction, relationships and social dynamics.

The title refers to the lack of data available concerning adult bullying in the workplace and at home.

The production seeks to question and challenge an audience through a range of theatrical genres such as comedy, drama and the downright absurd.

The four pieces by West Midland writers are as follows:

Feedback from audiences thus far have been extremely positive. Alan Smith, organiser of the Brackley Fringe Festival commented: “The evening was one of the highlights of the weekend. Thanks again for performing, it was a high quality evening and people are still talking about it!”

The play has been touring at various festivals across the country since July such as Birmingham Fest, Brackley Fringe Festival and Wirksworth Festival. Statistics Unavailable, which has been funded by Arts Council England, will be shown once again in Birmingham at the Library of Birmingham on Sunday 21st September 6.30pm as part of their Voices season.