Home » UK Trade News » An announcement from the four Assay Offices of the United Kingdom: 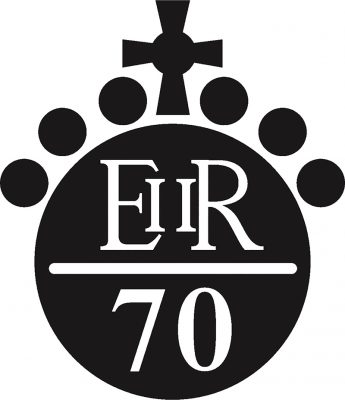 On 8th September, Buckingham Palace announced the very sad news of the passing of our long-reigning monarch, Her Majesty Queen Elizabeth II. As a mark of respect, the Platinum Jubilee commemorative mark will now be withdrawn from use by the four Assay Offices of the United Kingdom.

Any items that have already been submitted or pre-scheduled for marking with the Platinum Jubilee mark will be processed as promised, but with immediate effect, no further new submissions for the commemorative mark will be accepted.

The commemorative mark was originally planned to be applied until the end of Her Majesty’s platinum Jubilee year in December 2022.

The sudden death of Her Majesty Queen Elizabeth II has been a shock to all of us. On the day of her death, along with the other Assay Offices, they determined that the additional celebratory jubilee mark should be withdrawn as a mark of respect coincident with the commencement of a period of national mourning. Since that time, the Assay Offices have continued to monitor the situation, cognizant of the ground swell of emotion from the public. Following intra office discussions, the UK Assay Offices have agreed the following statement:

“Over the course of the last week the four Assay Offices of the UK have received a huge number of requests from the trade and the public in support of continuing the application of the Platinum Jubilee commemorative mark.

After consultation with the King’s Assay Master, the four Assay Offices of the UK are pleased to announce that from Tuesday 20th of September the Platinum Jubilee Mark will be made available again. The mark will remain available until the end of 2022, as originally scheduled.”