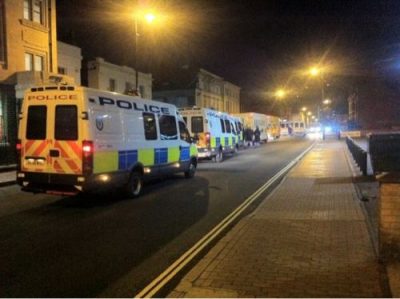 Both local businesses and residents must have watched in horror as recent events unfolded and scenes of vandalism, violence and looting were flashed onto TV screens.

Not unnaturally, those fears extended to its likely effect on the Jewellery Quarter.This was all the more concerning because not only was the Quarter a convenient path for looters heading for the City Centre but also a convenient area to target on the second night when police presence in the City Centre was, quite naturally, at saturation point.

However, thanks to the hard work of the police locally, damage was generally minimal apart from a couple of thefts (one actual and one attempted) and the looting of a newsagents.

Without minimising the trauma for those businesses affected, the damage could have been far greater if it hadn’t been for police intervention.

I don’t think it would be ‘over the top’ to use the word ‘bravery’ when in some instances our local police team intervened when heavily outnumbered and I’m certain that the presence of a police station in our midst also acted as a deterrent to trouble makers.

Obviously the week of ‘troubles’ was disasterous economically with businesses both closing early and the public wary of coming into any City Centre areas. However we kept our Visitor Information Centre open apart from one afternoon and when contacted, on frequent occasions, by the media, we put across a positive message about the area being safe and most places being open.

With 24 hour monitored CCTV on all the main streets, retail radio across the Quarter, private security and our own police station (nevermind safety concious and hopefully secure jewellery retailers), the area has to be one of the safest shopping centres around and we need to think how we get that across to the public so people can visit with confidence.

Finally, the police always seem to be the butt of criticism, particularly from the media, but I think the recent unrest highlights what a good job they generally do and how important it is that they retain a base in the Quarter.