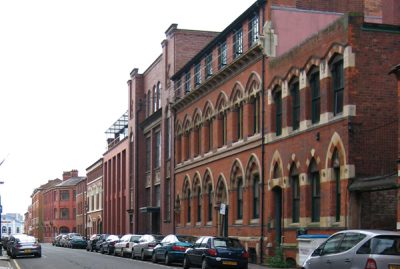 Two former MA students at UCE Birmingham School of Jewellery have been selected for the major international exhibition ‘Talente’, which takes place in Munich between the 8th and 14th March 2007.

Talente is an annual selection of the best young artist/craftspeople under the age of 30 and Hsiu-Hsuan Huang and Esther Lord are the only British artists to have been selected for this pre-eminent international exhibition.

Professor Norman Cherry, Head of the School of Jewellery said: “This year 95 exhibitors were selected from 27 countries so this is a major achievement for these two recent graduates. We are very proud that they have been recognised in this way.”

Esther was recently selected through the Crafts Council’s Next Move Scheme to become the School’s most recent artist-in-residence. She joins Yoko Izawa who has been short-listed for this year’s Jerwood Prize for Jewellery and Jo Pond, part-time lecturer, who has been selected for Schmuck, the major international exhibition for more established jewellery artists, taking place at the same time as Talente.

This is just the latest in a number of successes which Jo has enjoyed in the past six months. In November she took part in Origin at Somerset House and will soon have a showcase exhibition at the Victoria and Albert Museum, London.