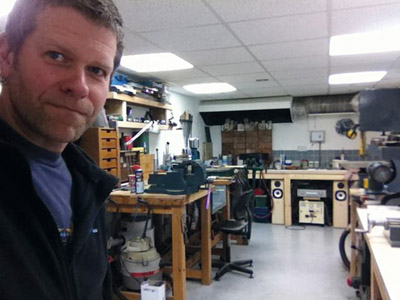 My new workshop on Vyse St, and one piece made in each workshop occupied…

by Adam Veevers, designer and silversmith

Talk about hunting for a property! This time it’s nearly finished me off! I bet Kirstie Allsopp and Phil Spencer are quaking in their fashionable boots and it was very good of Kevin McCloud to pop in to check over the proceedings!

Seriously, why do I keep moving? Well, to be honest I keep wondering myself, but matters are so frequently out of my hands.

After graduating with an honours degree in silversmithing in 1991, and two years working with Andy Macgowan and Jim Butler of the then Regent Silversmiths, I moved into my first workshop and set up business in Tenby Street North.

However, the set up was not right for many reasons and after a short time, I moved into the unit next door with another silversmith who had some free space. I remained there happily for several years.

The landlord then announced that the building was up for redevelopment and that there were plans for it to be turned into a wine bar! As we ‘shed tears into our beer’ in the Rose Villa that evening, many jokes were made about working behind the new bar, serving wine in hand-made silver goblets, but joking aside, we were silversmiths, not bar-stewards, and we had to move. 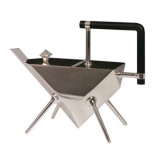 Remake of a Christopher Dresser tea pot from original drawings for Alessi. 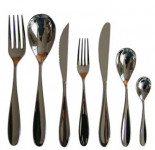 We had some colleagues who were about to vacate their large top floor premises with great views over the Jewellery Quarter. Great – we had found the workshop we had always dreamed of and it even had free parking!

After months of work to transform the place, it was finished and we moved in. After a fairly generous stint of ten years at workshop number three, yet again, we were forced to relocate due to city development and a massive hike in rental costs.

We could not believe it! After some more therapy that evening, my partner decided to call it a day. In despair, I proceeded to beat myself about the head with my raising hammers before considering my options.

By now I had accumulated a lot of equipment and needed somewhere of considerable size. I looked at various places, but I had to move fast as the lease was soon to expire and the bar-stewards were clearly tempted by a city-living return! 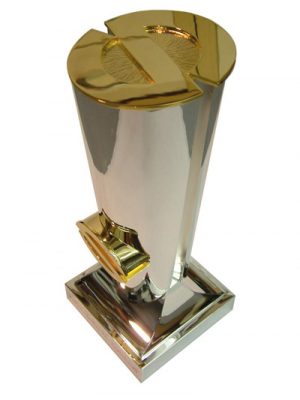 ‘Titan’ developed and produced for a private client

I rang a good friend of mine Steven Millington, who invited me down to his factory where he showed some worthy concern over my bruised and misshapen head. “Adam” he said, “You can move in here if you like.” Perplexed, I looked around and saw… spinning lathes… presses as far as the eye could see… and in the distance… a small room stuffed with boxes.

“Very kind Steve, but where?” I asked. “Over there” he pointed. “But that’s a small room stuffed with boxes” I exclaimed. After much discussion, I decided to give it a go. It was going to be a challenge as I was going from 1000 ft sq, to 200 ft sq. but stubbornly, I insisted on getting all my kit in.

By now I was getting good at this moving malarkey! I also had the date of my daughter’s birth looming at the time so I was keen to get it done.

I managed to squeeze everything in and returned the keys at the old place. Incredibly, the very next day, my daughter was born! After a couple of weeks reeling from shock, I returned to my cosy new workshop at LJ Millington to make some now very much needed money.

Five years swiftly went by and during 2012, it was clear that space was becoming a problem for my increasing workload.

Further discussions with Steve were had and it was agreed that I did indeed need to move yet again! With no watering holes in the vicinity I could not shed tears in the manner in which I had become accustomed. So, once again, I started to look around the Jewellery Quarter for a new place. 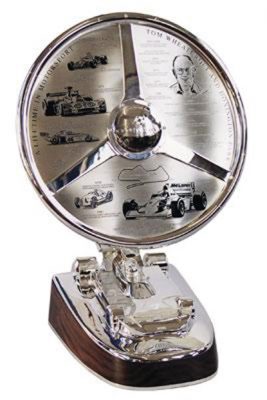 Thanks to Steve’s understanding, there was no rush so I was able to be selective. I counted 54 properties, which I had viewed before finally finding the right place at 43 Vyse Street. I decided to go for it and in Jan 2013, I had the keys.

Several months of hard graft later, this is now my fifth workshop, and I very much plan to stay put! I feel that if I had been able to put as much effort into developing my products as I have put into moving workshops over the years, maybe I’d be telling a different story.

If I’m forced to move again, I might be serving wine in those silver goblets after all – Cheers!