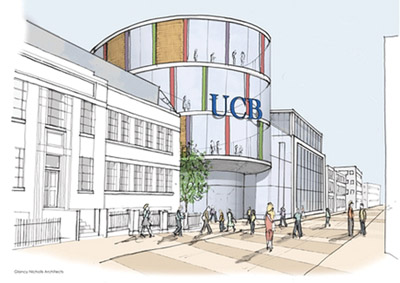 University College Birmingham (UCB) plans to build a brand new campus on four acres on the edge of the Jewellery Quarter. Coun Mike Whitby, leader of Birmingham City Council, made the announcement as one of a series of previews of new schemes taking place over the next ten years – the Decade of Delivery – as this year’s Birmingham mission to MIPIM is being themed.

“The plans will be presented to the college board later this month and such is the interest in what we are doing in Birmingham that over 190 firms of architects in the UK, Europe and the US have already registered an interest in working with us,” he revealed.

UCB Principal Prof Ray Linforth said the intention was, over time, to develop a new campus on land bounded by George Street, Holland Street and Charlotte Street. The college already owns two acres and is under contract to purchase an adjoining site of similar size.

The intention is to develop the new campus in three phases starting with circa 80,000 sq ft which will house a new student hub that will be open 24 hours a day, seven days a week, for the benefit mainly of higher education students, giving them round the clock access to suit their individual requirements.

The first phase will also include a new post-graduate centre and additional classrooms plus interlinking social space. The initial phase will cost £20 million, which Prof Linforth said would be funded from reserves and UCB plans to have the first part of the new campus open by 2013.

“This will be the largest capital project in the Jewellery Quarter in the next few years and will be a significant catalyst in the economic regeneration of the area,” said Prof Linforth.